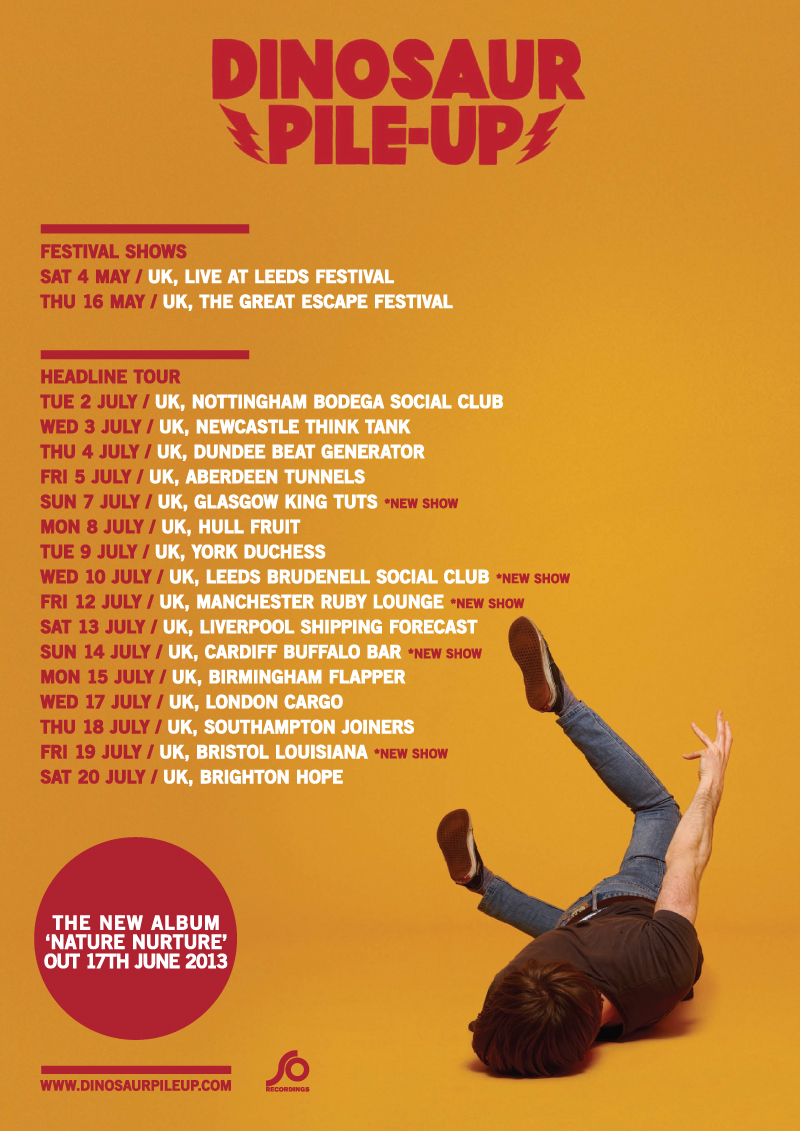 Ahead of the release of new album ‘Nature Nurture’, Dinosaur Pile-Up have announced that their headline tour has been rescheduled to commence in July.

The news comes hot on the heels of the release of the band’s new music video for single ‘Derail’ which was inspired by two of the most iconic Hollywood directors of all time. It’s part Tarantino and part Hitchcock with a hint of kitsch and was shot in the middle of the Californian desert with a star appearance from none other than Diana Vickers.

The track which the clip accompanies is new single ‘Derail’ which will be released the day before the album is unleashed upon the world. The iTunes pre-order for ‘Nature Nurture’ is now online and comes with an instant grat song ‘Start Again’. Those who are pre-ordering on iTunes will get a download of that track straight away: CLICK HERE. ‘Nature Nurture’ was recorded by Dinosaur Pile-Up frontman Matt Bigland at Courtyard Studios with Ian Davenport (Band Of Skulls) and you can preview each track HERE.