We are very excited to be able to confirm that Fenech-Soler will be releasing their music in North America in 2014!

They will be starting with a series of EP’s and then a full album in the Summer which will include songs never previously released on American shores. If you are in the US, the first EP is available for pre-order now: http://smarturl.it/FSss_iTunes

The band will be heading State-side for four live dates at the start of April, you can see the full details below and there will be more dates announced soon. 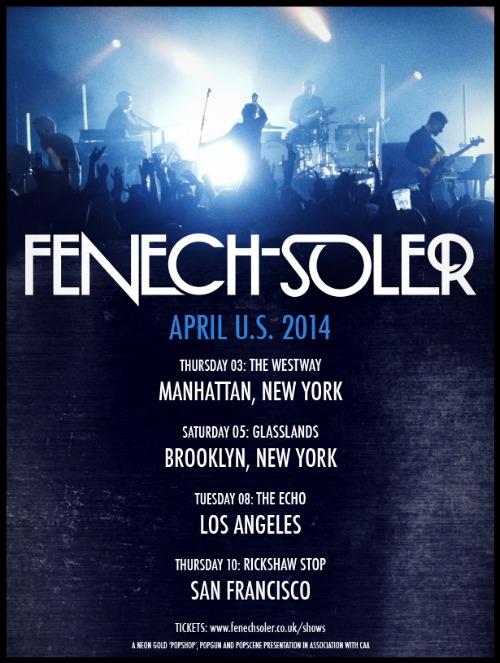